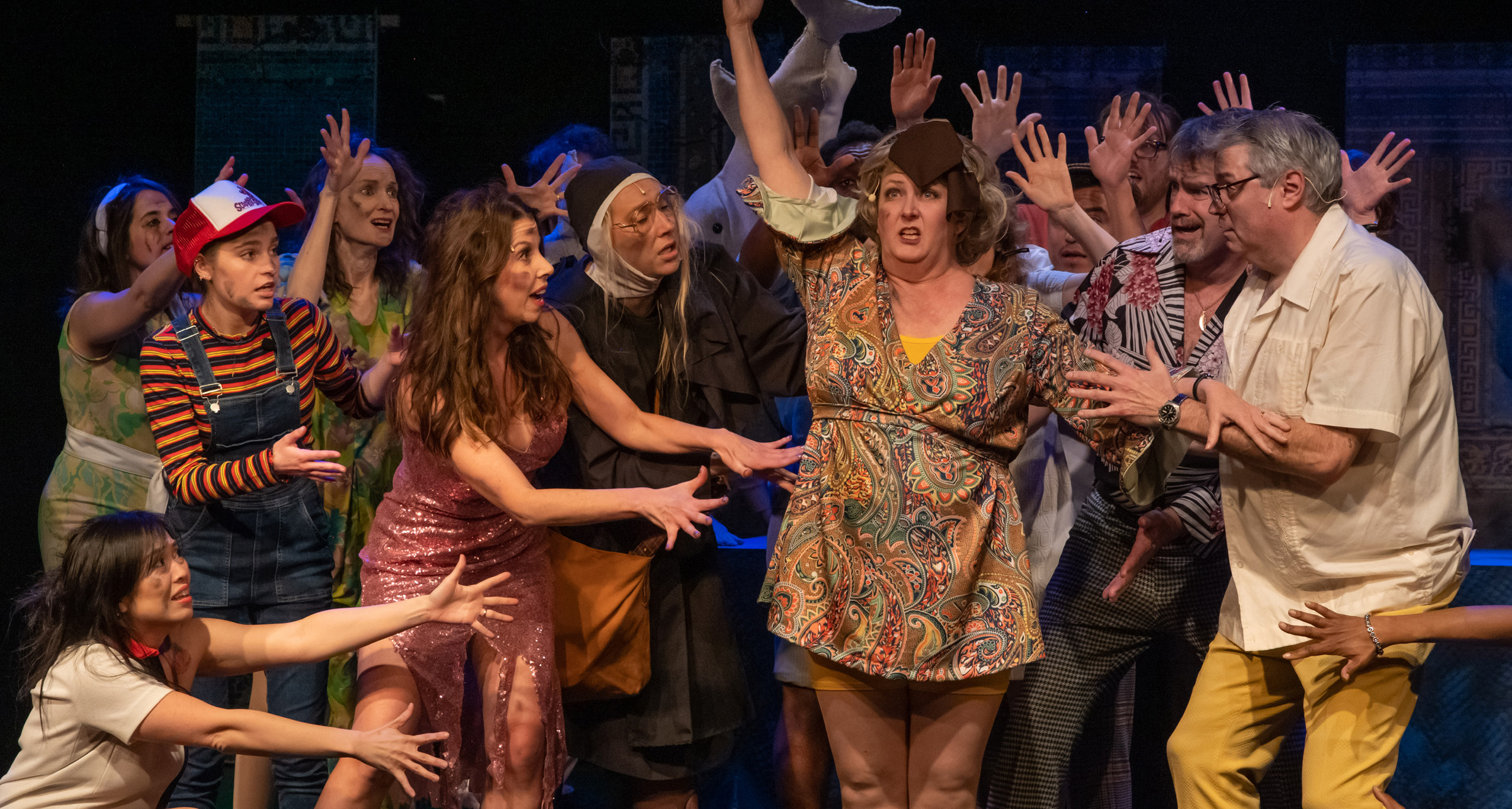 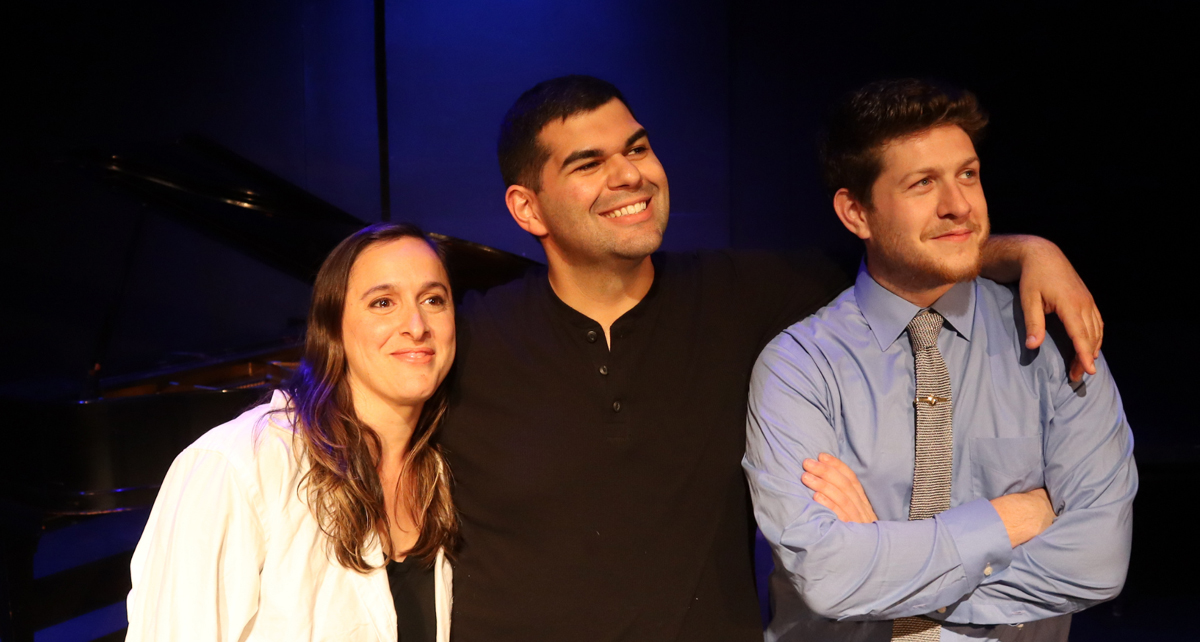 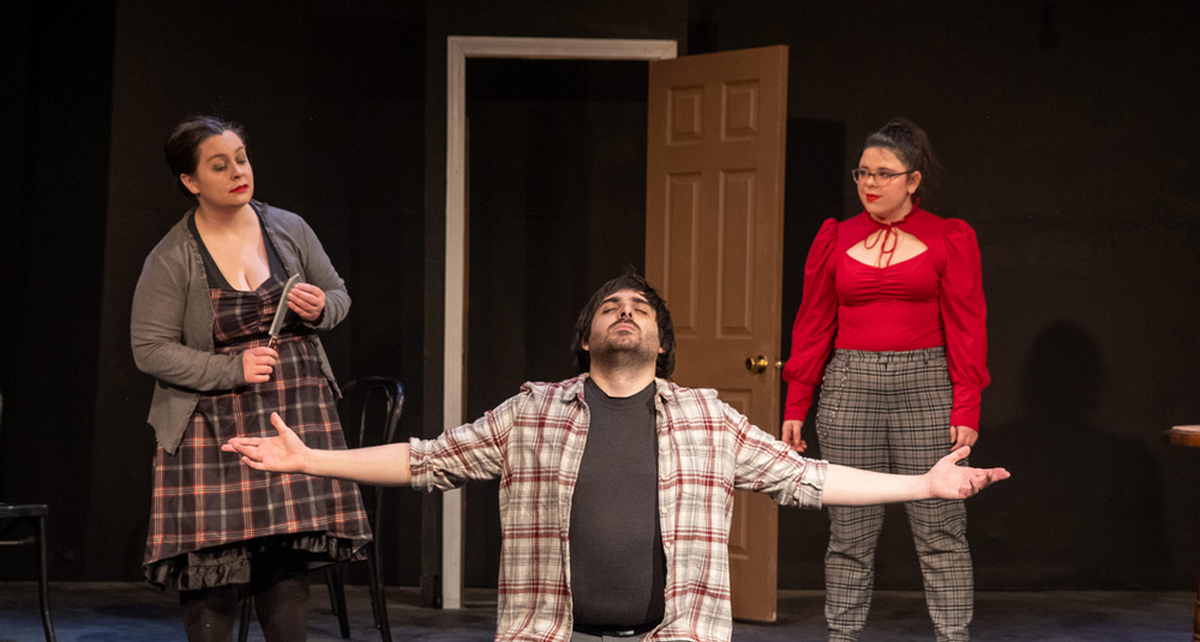 Night of the Assassins - February 2022 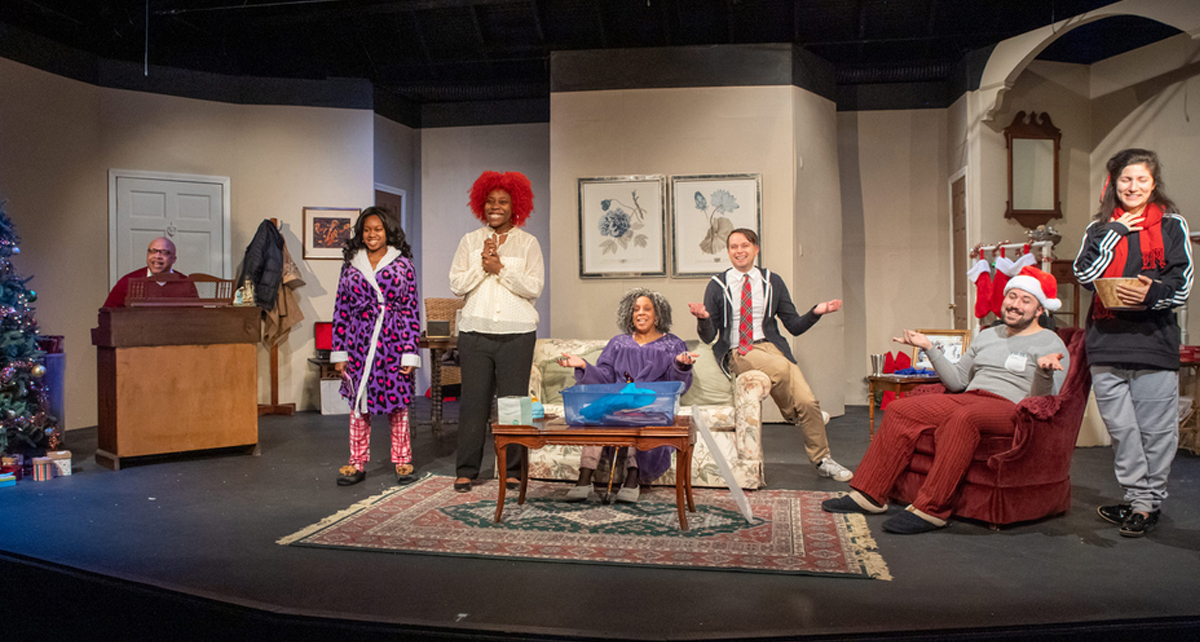 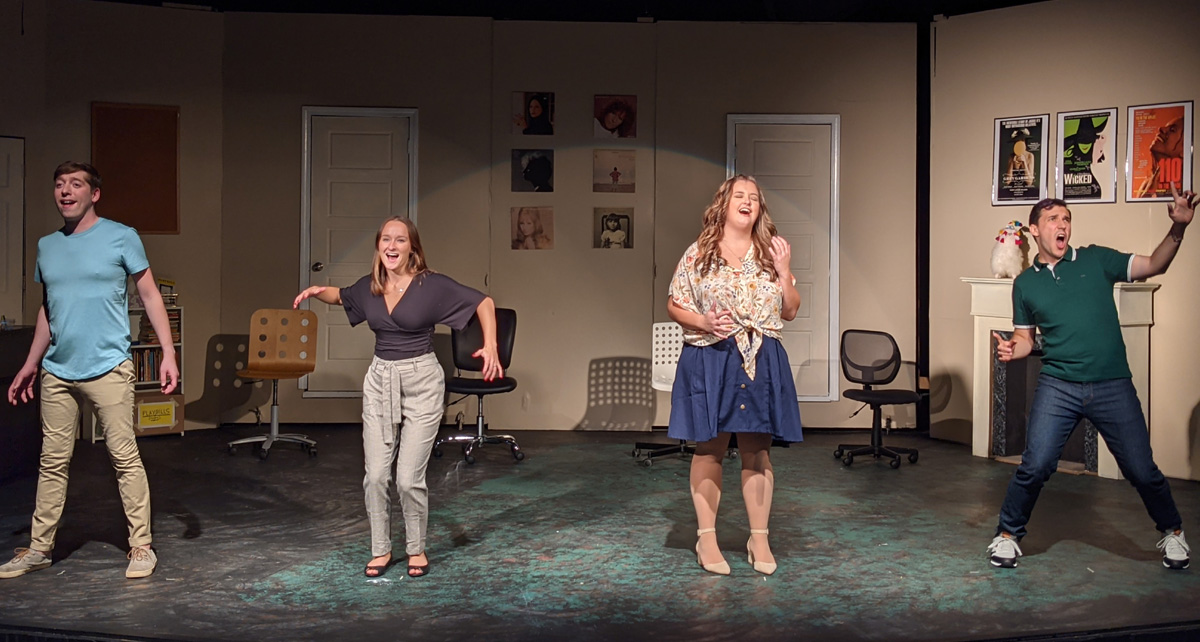 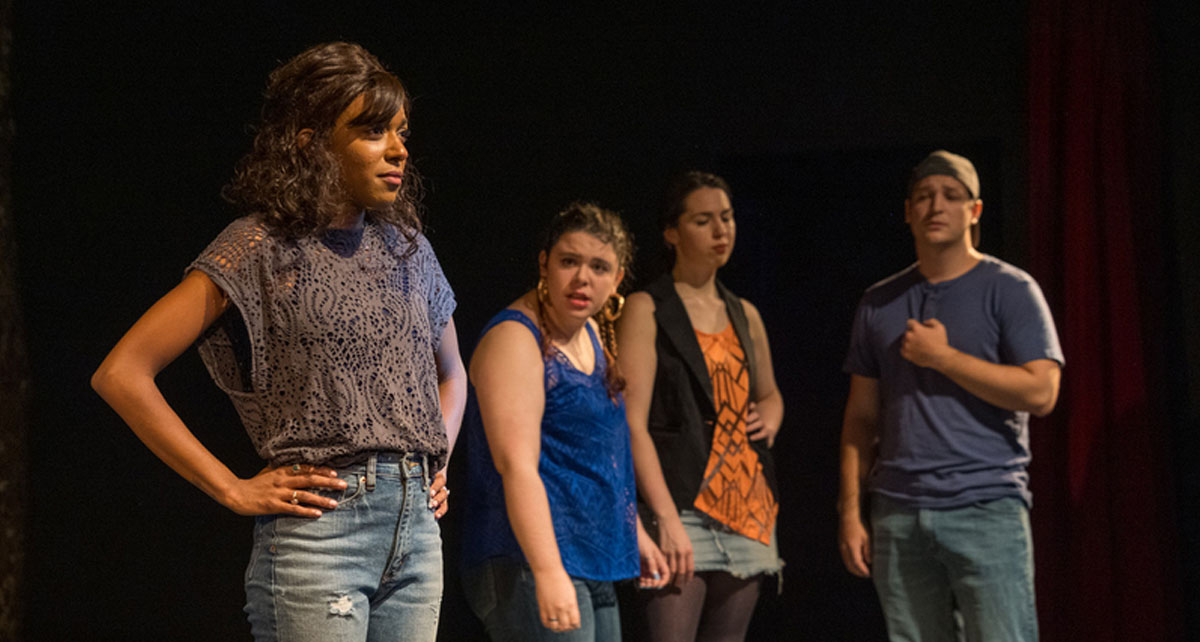 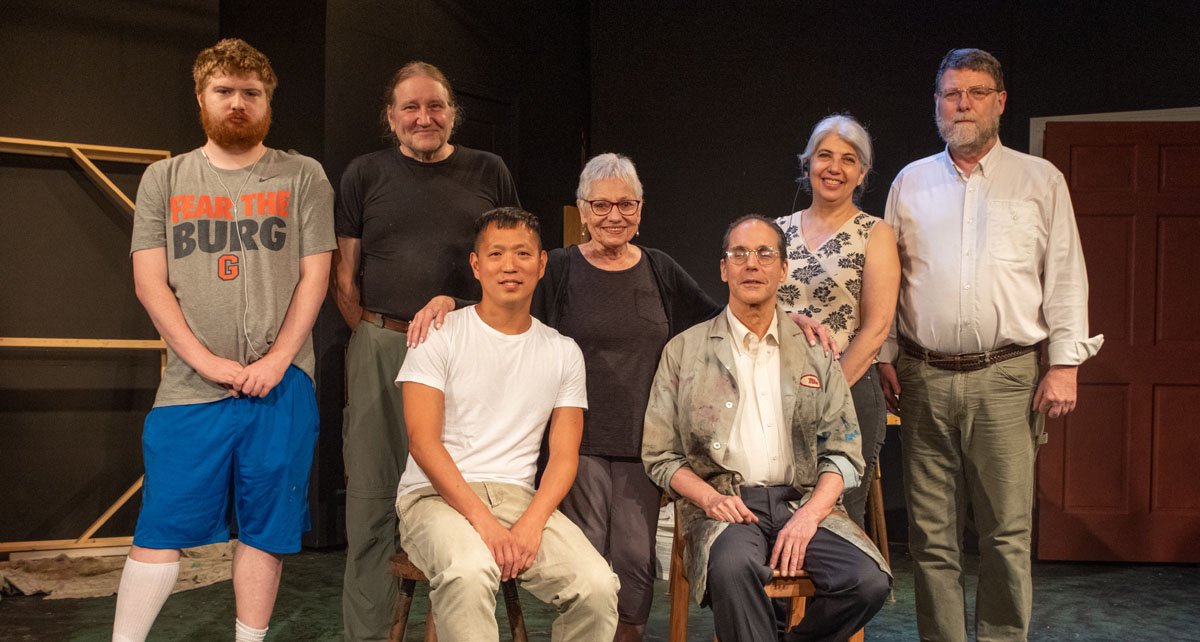 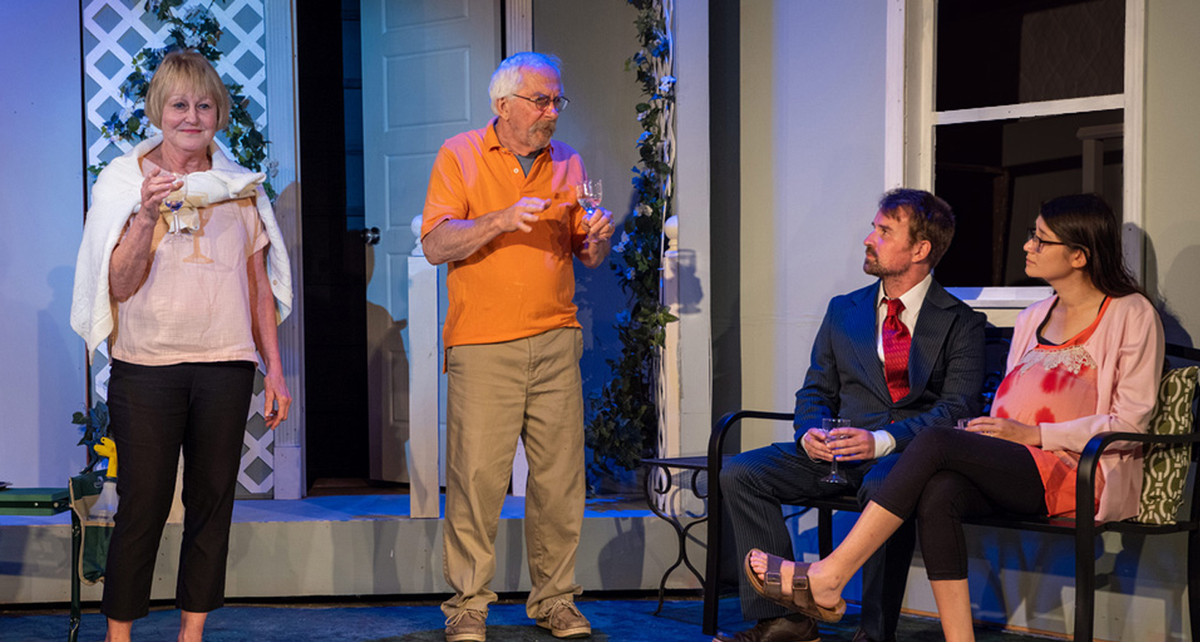 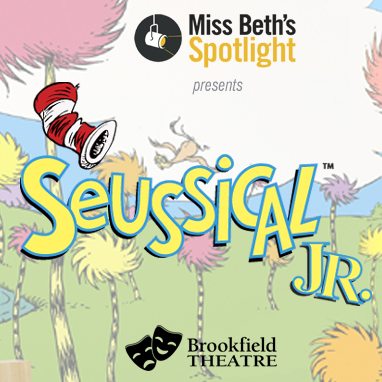 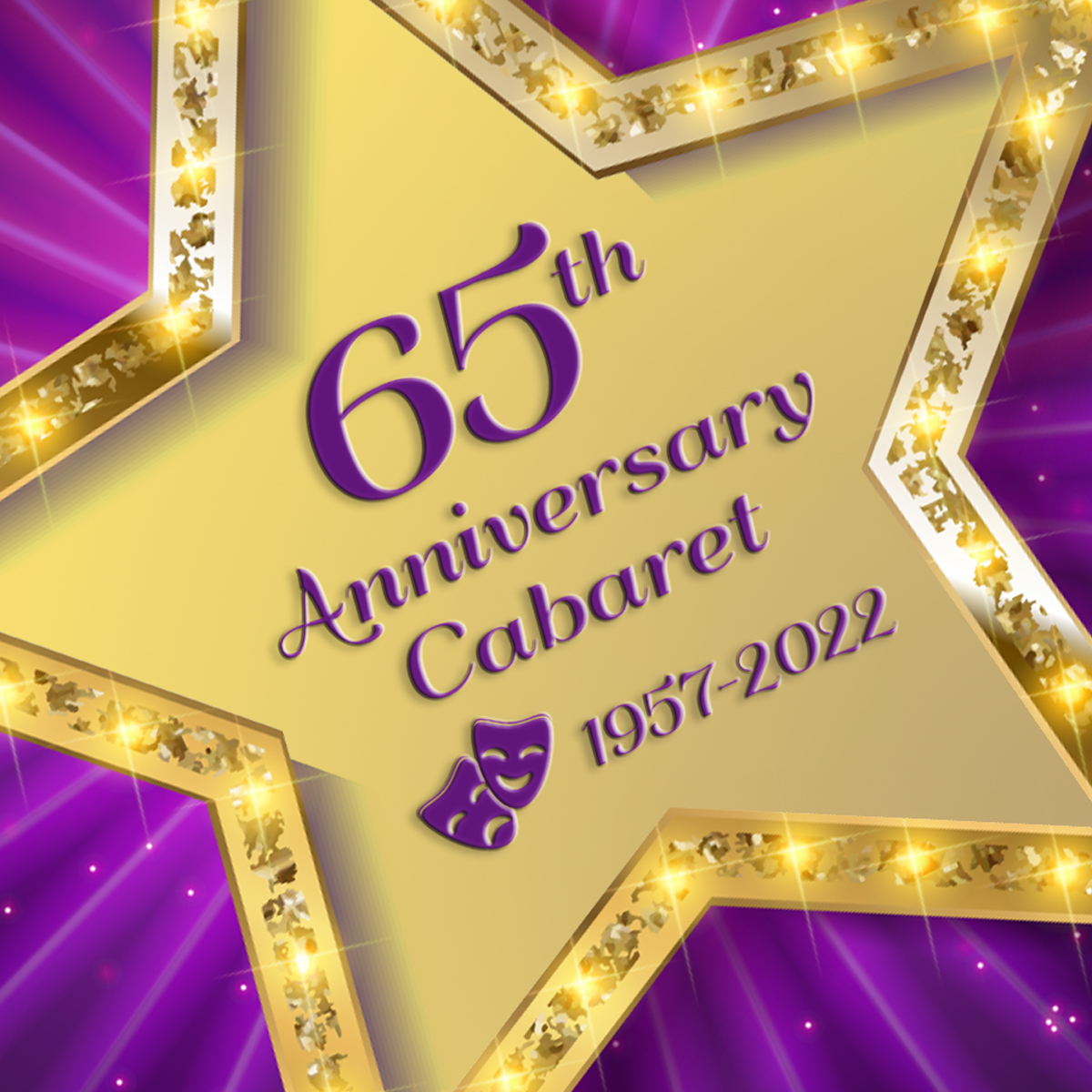 a celebration of Brookfield Theatre's 65 years of Community Theatre

This special cabaret will feature songs, stories, photos, and memories from the early days of the theatre to the present and future! Join us as we honor all those who created and sustained this community treasure and dream with us of all the possibilities to come. 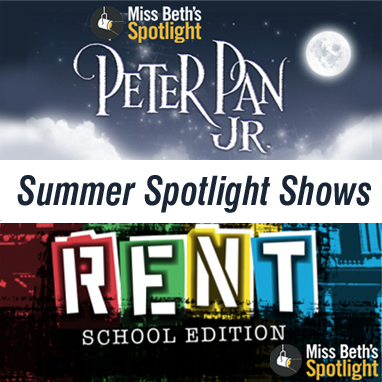 for ages 6 through high school

for high school and college students 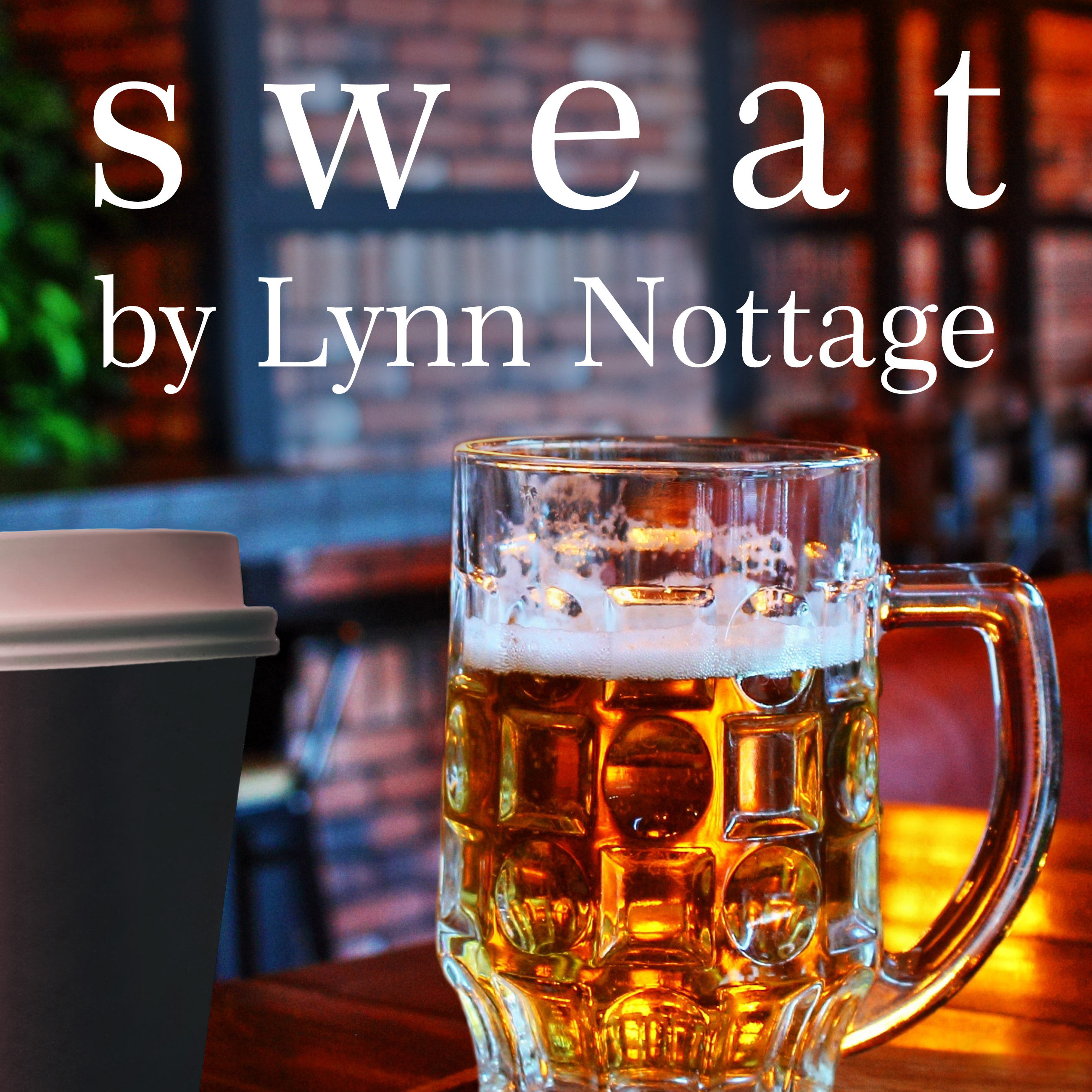 Its the year 2000 in Reading, Pennsylvania and a group of friends go to work at the steel mill and then decompress at the bar like theyve been doing for over 20 years. But, unbeknownst to them, their lives are about to be uprooted. Their steel mill, Olsteads, is making some changes and the blood, sweat and tears, not to mention the generations of loyalty these workers have shown, dont seem to amount to much. These middle class, unionized, steelworkers have made plans to save money, go on vacations and then retire with a nice, healthy pension, but when rumors start flying that the company is considering layoffs, and flyers are hung to recruit non-union Latino workers for less money, the war between community and capitalism begins, and tensions start destroying not only jobs, but also relationships. This poignant play takes a look at the de-industrial revolution through the lens of a history play, but also delves into the issues of today: the economy, immigration, race-relations in America, and politics. Lynn Nottages Sweat gives us characters filled with the good and the bad and asks us to reflect on our own views and the views of others. Nottage never tells us who's right or who's wrong, but always shows us whos human. —Stage Agent Lynn Nottage is an American playwright whose work often deals with the lives of marginalized people. She is a professor of playwriting at Columbia University. She was the first woman to have won the Pulitzer Prize for Drama twice; the first in 2009 for Ruined, and the second in 2017 for Sweat. 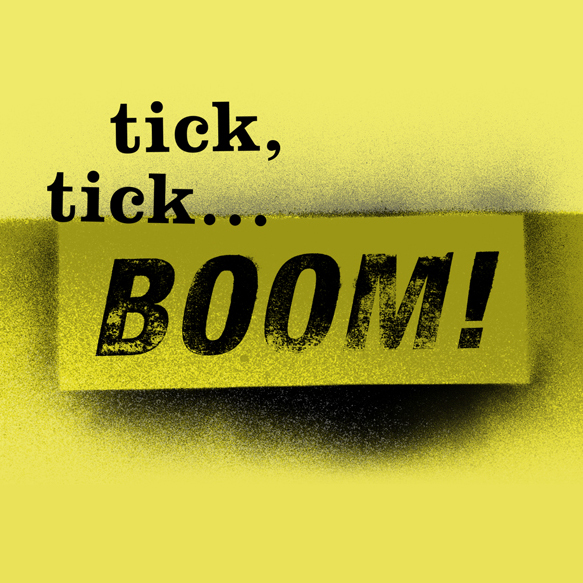 Tick, Tick... Boom! tells the story of an aspiring composer named Jon, who lives in New York City in 1990. Jon is worried he has made the wrong career choice to be part of the performing arts. The story is autobiographical, as stated by Larson's father in the liner notes of the cast recording Larson had been trying to establish himself in theater since the early 1980s.
Larson began to perform the piece as a solo work in 1990. After his death, in 1996, it was revised and revamped by playwright David Auburn as a three-actor piece and was premiered Off-Broadway in 2001. Since then, the show has had an Off West End production, a West End production, an American national tour, two Off-Broadway revivals, in 2014 and 2016, and numerous local and international productions. A film adaptation, directed by Lin-Manuel Miranda and starring Andrew Garfield, was released by Netflix in November 2021. 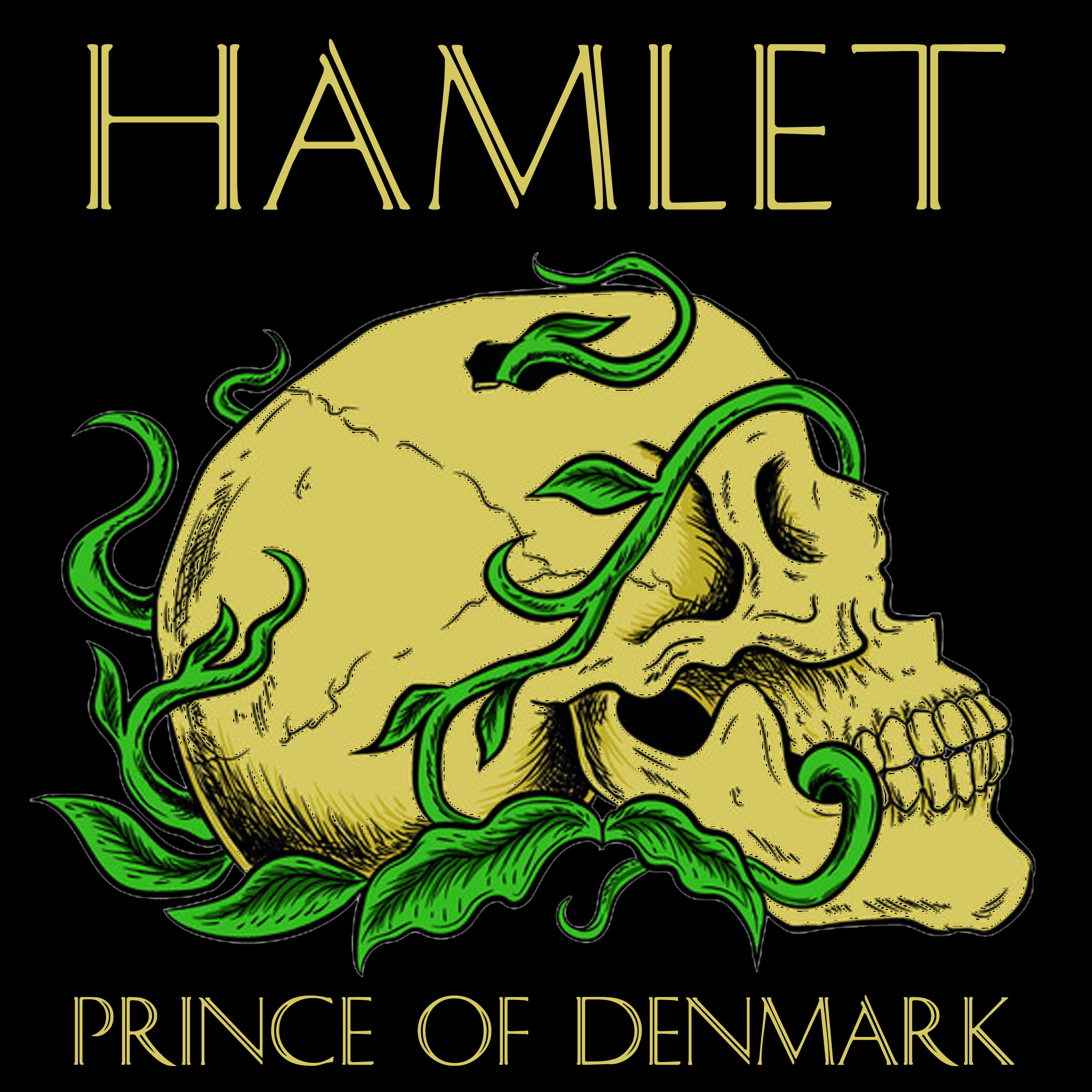 Mark Twain wrote: There are five kinds of actresses: bad actresses, fair actresses, good actresses, great actresses and then there is Sarah Bernhardt. In 1899, the international stage celebrity set out to tackle her most ambitious role yet: Hamlet. Theresa Rebecks new play rollicks with high comedy and human drama, set against the lavish Shakespearean production that could make or break Bernhardts career.

It's time to plan for summer!

For students ages 6 through high school, join us on a magical adventure to Neverland with Peter Pan, Tiger Lily, Captain Hook, the Darling family, Lost Boys, and many more in this unforgettable musical! Classes begin on Monday, July 11 from 10 am - 1 pm with shows Aug. 5, 6, 7.

For high school & college-aged students, find your voice and measure each moment in love with this school edition of Jonathan Larson's groundbreaking muscial "Rent"! Classes begin on Monday, July 11 from 2 pm - 5 pm with shows Aug. 12, 13, 14.

All Covid-19 protocols will be adhered to by our fully vaccinated staff. Keeping everyone safe is our priority! For more information, please email: brookfieldtheatrect@gmail.com

Spotlight is a theatre program for youth ages 7 to 17 led by Beth Bonnabeau. The teen program is designed for high school and college students. It is underwritten by Brookfield Theatre to keep costs low and to make theatre education accessible to all.

Beth has been a childrens theatre educator/director since the early 90's. She received her BA in Theatre in 1989 from SUNY Plattsburgh where she served as President of Alpha Psi Omega, a National Theatre Honors Fraternity, and Vice President of the College Theatre Association. Beth discovered her passion for childrens theatre early. She taught and directed at many local theatres, schools and dance studios and is thrilled to be bringing her very specific skill set to Brookfield Theatre. Beth is known for creating safe spaces for children to express themselves and discover the joys of being part of a family of actors . . . a "no judgement zone" where young people are free to stretch their imaginations and creativity to the max!

Submissions are accepted anytime and all are welcome. Completed forms can be emailed to BrookfieldTheatreCT@gmail.com.

The Brookfield Theatre for the Arts, Inc. is an all volunteer, non-profit 501(c)(3) organization dedicated to providing quality live performances and creative opportunities to the Brookfield region. Our regular season of shows is chosen to provide a meaningful and entertaining experience that will appeal to a wide ranging audience. Additional workshops and special events are added throughout the year. The Spotlight Program is a low-cost theatre program for young performers ages 8 to 15. It is taught by Beth Bonnabeau (Miss Beth) with student assistants offering quality learning and mentoring opportunities to area youth. Along with live & virtual performances, Brookfield Theatre offers a gallery space for area artists to show their work and provide more depth to the cultural experience of theater-goers. We finish each season with the annual Paddy Awards to thank sponsors, performers, and volunteers—and to celebrate!

Your support helps us to provide the best quality live and virtual performances while keeping ticket prices low to keep the arts alive in our community.

Thank you to our 2022 season supporters!

*in memory of Larry Stewart

Please be patient as our web site is updated with the latest information.

We apologize for any errors or ommissions. Please contact press@brookfieldtheatre.org to report an error.

Subscribers receive 1 ticket to each season show with bonus tickets to all Spotlight shows and discounted special events. Get a subscription for 2 or 3 and save even more! Brookfield Theatre thanks show directors and area community theatre presidents with a free subscription

Thank you for your support!

Support Brookfield Theatre by becoming a member!
Your $25 membership includes a discount on opening night tickets
and invitations to members only events.

Advertise in show programs and this web site! 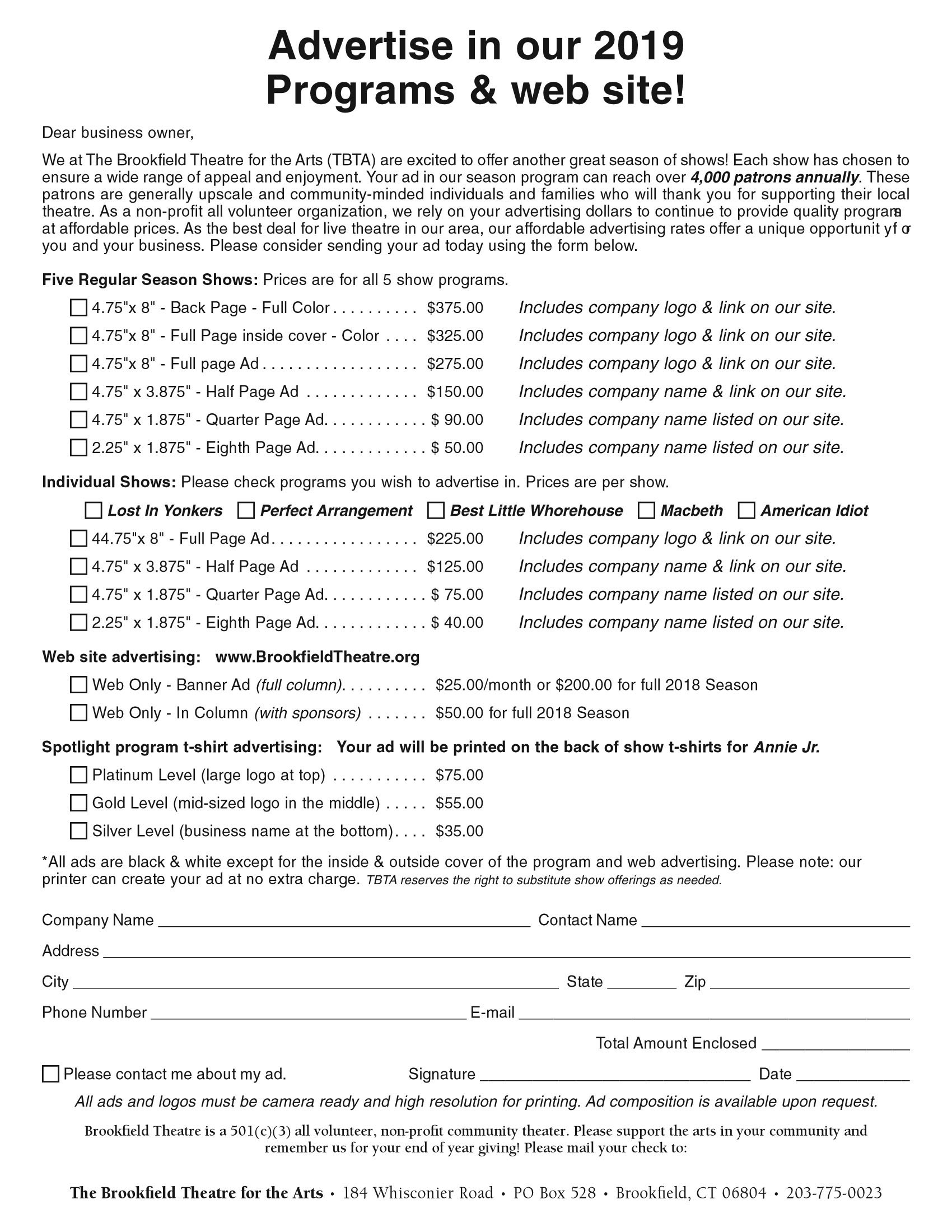 Volunteers help with box office, concessions, ushering as well as helping with show production and office tasks. No experience necessary! If you’d like to volunteer, please email press@brookfieldtheatre.org.

Download and fill out our form or e-mail us to arrange an internship for high school, college, graduate school, or work development.

The Gallery features the work of area artists. Contact us to be considered for a show. Gallery hours are by appointment due to the pandemic. Our gallery curator is Jeanne Steers.

Life, seen from a different perspective.

Our historic building is on Route 25 in Brookfield Centre, just behind the Brookfield Library. 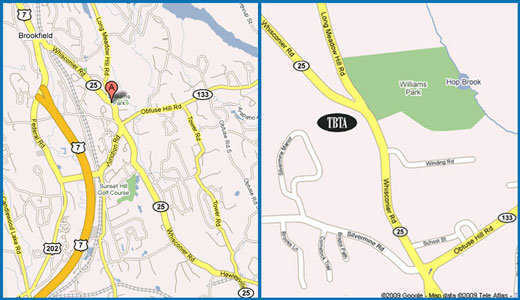